In our last report, we took an in-depth look at the June 2017 VFACTS sales figures and summarised key trends in the Australian car industry. In this report, we'll provide a snapshot of July sales, and examine trends in the data.

In June, the Australian market showed strong growth with year-on-year car sales increased by 4.4% despite low consumer confidence. Post-mining boom Western Australia was the only state to show a decline in sales volume and - as predicted by ACA Research - Sports Utility Vehicles (SUVs) and Light Commercial Vehicles (LCVs) overtook passenger cars as the vehicle of choice in Australia through the first half of 2017. July saw the continued momentum of strong sales, with the Australian motor industry posting record sales for July. The previous best July result was in 2015.

Year-on-year, new vehicle sales in Australia grew in July, with year-to-date sales also up marginally compared to 2016. While July sales were much lower than June, this lines up with consumers tightening their belts after the End-Of-Financial-Year (EOFY) incentives that make June the market's biggest month by volume. Based on typical patterns, we expect sales to push back up to the 100,000 mark over the next few months. At a model level, Toyota showed domination of the market, with three vehicles making the top five. This gave Toyota its best July since 2008, when sales surged in the midst of the mining boom.

Although the Hilux's presence on top shows the sustained popularity of the LCV category, the data shows that there is still a significant role for the small car, with two models – the Corolla and the Mazda 3 – both making gains. Meanwhile, a tougher month for Hyundai, with its Tuscon mid-sized SUV dropping from fourth place in June down to ninth in July.

Year-on-year, business sales grew, and private sales shrank slightly. While business and government sales are on track to outperform 2016, sales in rental fleets have declined. The largest year-on-year increase is in government vehicles, with sales surging 12.6%. Japan remained the largest source of vehicles for July, making up almost a third of all imports. Thailand came in a close second, followed by Korea and then Germany. The United States and Australia occupied fourth and fifth place on the producers chart, with both accounting for less than five percent of the market.

The increase in imports, and drop in Australian-made vehicles as a proportion of monthly sales is indicative of the imminent end of Australian vehicle production. Ford Australia shut down in October 2016, and both Holden and Toyota have announced they will be closing in October. Symbolically, Australian carmaker Holden (despite now being owned by GM) will be the last to turn out the lights on October 20th, just 17 days after Japanese-owned Toyota ceases production in Australia.

Commenting on the July figures, the Chief Executive of the Federal Chamber of Automotive Industries, Tony Weber, said that the record July result was notable because it came directly after the industry’s best-ever monthly result in June.

"This July figure demonstrates the industry’s ability to deliver products which are not only good value but cater specifically for the changing needs of Australian customers,” he said. “The steady rise in small and medium SUV sales are indicative of our market’s changing dynamic and manufacturers are moving quickly to meet those new needs and expectations.”

Overall, the July 2017 VFACTS data shows that Australian vehicle sales are very robust, with another record-breaking month. Although a small-car resurgence took place in July, SUV and LCV sales have overtaken passenger vehicles and continue to rise. Japan remains the leader in imports, with strong figures coming from Thailand and Korea and the market share of Australian vehicles continuing to decline.

That's it for July. I'll be taking a look at the VFACTS data each month, so check back regularly for more updates.

If you want to have a more in-depth conversation about anything Automotive Market Research or related Automotive Industry Research in Australia, feel free to reach out. We can tailor a market research report to suit your needs! 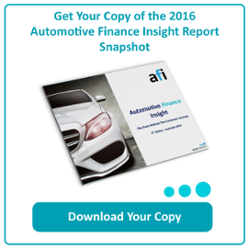