The Changing Face of Healthcare Apps: From Calorie Counters to Life Savers Everyone knows someone who, at the slightest cough can be found on webMD checking for terminal illness. Conversely, everyone also knows someone who avoids diagnosis and doctors at all costs. Healthcare apps are changing the way we think about medicine but also more importantly the way people interact with their ailments, doctors, and treatments and the way doctors interact with and treat their patients; reaching those who are hesitant to seek medical treatment and monitoring or guiding those who can be in danger of seeking it too much.

Proof is in the App

Some of the most widely used apps by healthcare professionals are also some of the most simple. Evidence-based apps are widely used by doctors as a reference point to help them diagnose and treat patients. By pulling on respected journals, articles and other doctor’s opinions and experiences, evidence-based apps save doctors time while keeping them up to date with the latest developments
in their field and the most effective treatment methods. UpToDate is one of the most popular apps in this field; it offers evidence-based opinion and treatment recommendations on over 10,000

conditions. The information that goes into the app is peer-reviewed and collated by over 5,000 doctors and clinicians. While these sorts of app may seem mundane, their ability to make the task of searching for appropriate information easier and faster while validating that information from other sources is immensely helpful to physicians.

Another evidence-based app has been around since the PDA era, that is Epocrates. It is largely used to review drug prescription and safety information. It allows doctors to identify pills by imprint code and physical characteristics and perform many calculations such as BMI and GFR while accessing timely medical news and research information. 50% of US physicians rely on Epocrates to help them give better care to their patients. But the app has had to battle to keep its market share after a slow and not complete adaption to IOS and being chased by some more innovative and comprehensive apps, Epocrates seems to have rebounded to claim its prominent position.

This does raise an important issue however, that is the prominenece of innovation and the speed of development of healthcare apps. Users are lucky that there is in some way an evolutionary survival of the fittest occuring as apps are being rapidly developed and fine tuned to meet user demands, those that aren't easy to use or effective are quickly forgotten and those that are must continue to innovate so they don't lose customers to newer and more effective products.

Another recently developed app that is relatively simple but offers strong advantages to doctors is Seratis. Pagers are pervasive in hospitals across the world. Estimates say as many as 90% of hospitals in the US use pagers. Their continued widespread use can be attributed to their reliable networks, strong signals in rural areas, and the fact that they are cheap. However, pagers are limited in the amount of information they can provide on each patient and their inability to effectively manage the work involved with each patient. Apps have been developed to fill this dearth of information and build an information platform around an easy to use reliable communication system.

Seratis provides a centralised messaging system centering on the patient. By having a store of patient data and an easy messaging system doctors can quickly and easily check up on each patient and call in other doctors or see treatments they have recommended and message them about it.

A patient’s care team can consist of many people and often they don’t get a chance to see each other or even know each other, yet, the lead doctor is still required to coordinate care for the patient. Seratis offers this possibility by providing a real-time view of the patient, who is looking after them and an ability to send them a secure message. This system saves an enormous amount of time normally spent dealing with an administrator and archaic forms of communication. While there are many messaging apps on the market, what Seratis is offering is workflow management, and clarity of the treatment process. The future of apps in this area depends on the apps ability to match the robust, reliable and cheap pager with the increased visibility and information offered by the smartphone apps. Imaging apps are allowing doctors to download high-resolution x-ray images to their devices andexamine them almost instantaneously. This speeds up the process but also the doctor’s mobility. Apps such as Eye MD with their easy to use interface allow physicians to check pupil dilation with their mobile device’s light and it will even measure the dilation with the device’s camera. Learning apps are also available to help with education in all areas of medicine, with things like interactive practice surgeries and diagnostic tests. Surgeons may soon see the influence of apps as well. Accenture and Phillips recently created a Heads Up Display for Google Glass that displays a patient’s vital signs. This means the surgeon never has to look away from the procedure and can remain focused and informed the whole time. Apps that provide incremental efficient changes look to be the near future for apps in surgery. Other possibilities include apps like the previously mentioned Seratis, allowing a surgeon to assemble a team and access all patient information through one app.

There is an enormous array of healthcare apps available for patients. A recent study conducted by the Institute for Healthcare Informatics examined 40,000 claimed healthcare apps. After culling 20,000 for being bogus and irrelevant the study removed another 7,400 as aimed at professionals. This left 16,300 legitimate apps. The study then checked the apps functionality through criteria such as, providing instructions to the user, graphically displaying patient’s output data and providing guidance based on entered data. When they scored the apps on a functionality scale of 0-100 over 90% of the apps scored less than 40. This does not leave hope for the vast majority of apps available for the average consumer but there are still a few apps that are both highly functional and popular.

In the public market for healthcare apps some of the most popular are dieting, calorie counters and exercise monitors. Simple calorie counters have developed into trackers that breakdown your intake and output down to each individual calorie and allow you and encourage you to manage your diet and exercise from there. While these apps are more lifestyle oriented than medicine focused they are immensely popular and serve to promote healthy living. They also receive a lot of time from developers because they are popular and one of the most commercially viable categories.

Some of the most popular women’s health apps straddle the border between lifestyle and medicine. That is the range of apps available to track ovulation. The top three apps for women’s health according to the earlier mentioned IMS institute study were an Ovulation Calendar named Ladytimer, a Period Diary and a Pregnancy Tracker. These apps empower users to easily take control of their pregnancy planning while not letting it dominate their life. In the public sphere a lot of popular and functional apps have very simple applications, counting and tracking. This is in contrast to the more technical and in-depth needs of the healthcare professional. However, the success of apps on both sides relies largely on the ease of use, in other words having a strong interface is one of the keys to success.

Thousands of Doctors in Your Pocket

One future group of apps spans the border between public and professional use. That is crowd sourced care. Patients or professionals can upload symptoms and images and then a large group of medical professionals wil offer suggestions. This allows the user no matter how remote to access first-class diagnosis. The success of crowd sourcing apps rests on the credentials of those who join to diagnose, the legal implications of giving medical advice and the ability of the user and the app to report all the relevant symptoms and provide adequate visual evidence. MedEngage is offering crowdsourced based diagnosis but as an educational tool. Doctors can upload cases with supporting images or files and then people can work their way through the cases with the app. All the cases are selected, peer-reviewed, edited and published by a team of over 120 editoral members. This gives the cases on the app accuracy and authority and shows the potential for further development into ongoing cases.

The future of medical apps is restricted only by the imagination of developers and the necessary constraints of the device. The strength of apps is that a single smartphone can have any number of them. A future possibility is for a hospital to have a suite of apps for each position working there. As previously mentioned with regards to pagers, the major limitation on these apps is actually the hardware running them. Smartphones will need to be more robust with tougher exteriors and longer battery lives, more secure with less possible data leakage and more reliable with network connections and avoiding other possible errors before they can be a completely solid solution to technological aid in healthcare administration and treatment. However, the advancements already made are impressive and the technology is helping with treatment around the world. With these positive results driving the development of apps and the hardware they run progress should be rapid.

Do you have a favourite medical app you think everyone should know about? Please share in the comments below. Or, if you are interested in the future of healthcare have a look at last week's blog on the future of the operating room. Otherwise if you would like to register for some more information regarding our approach to healthcare market research please click on the button below. 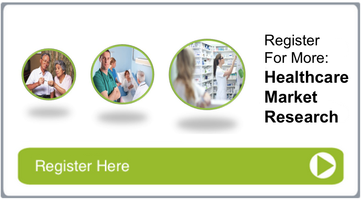